Small devices that should not be ignored in solar photovoltaic systems 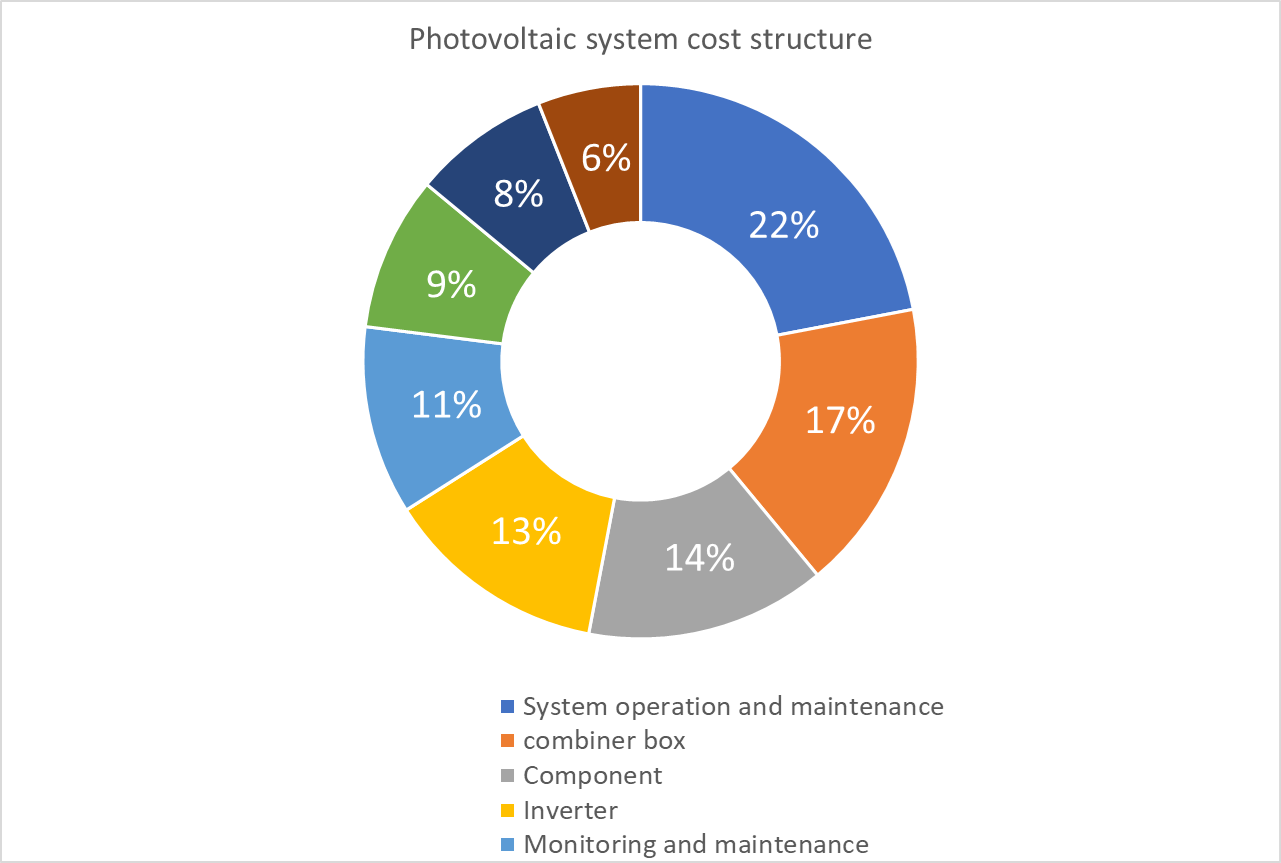 The picture below shows a burnt-out accident of the combiner box. 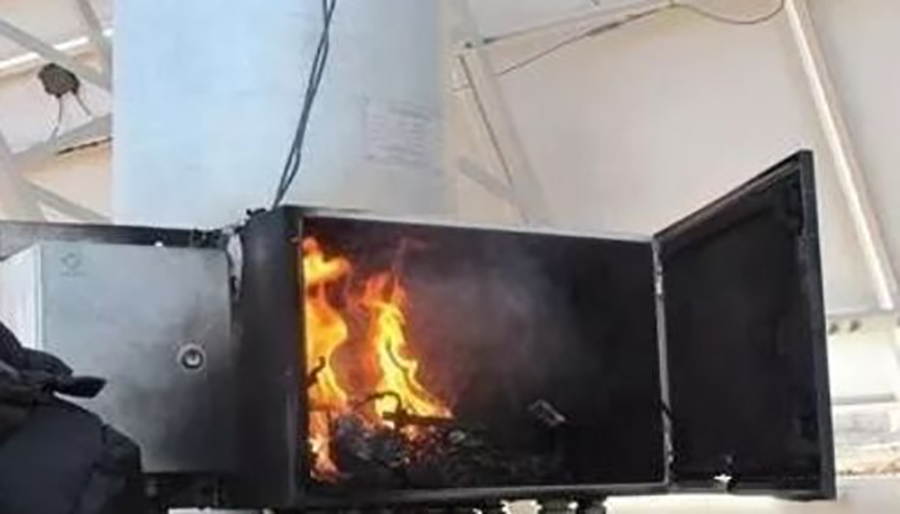 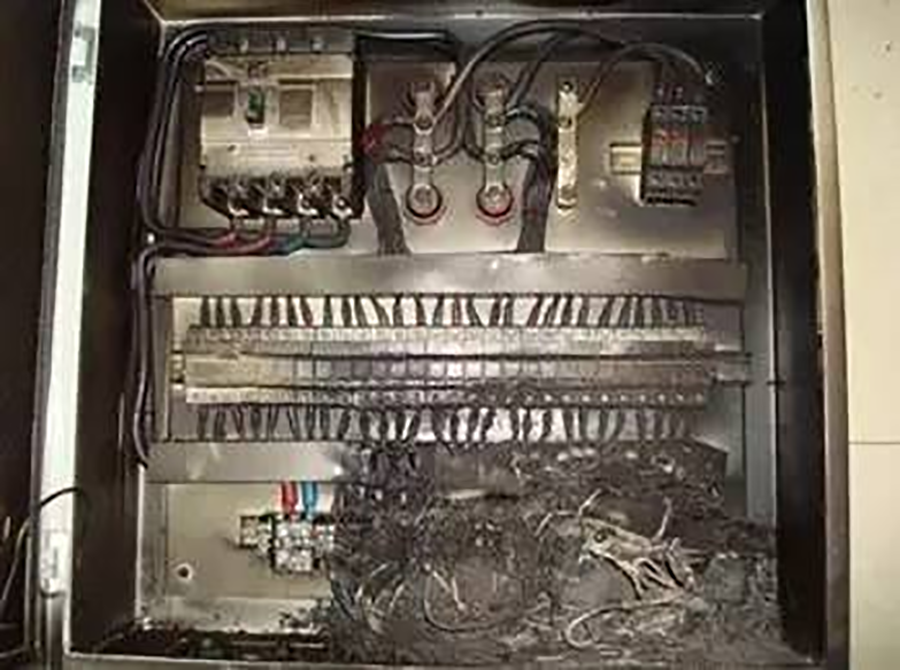 Generally, steel plate sprayed plastic, stainless steel, engineering plastics and other materials are used, and the protection level is above IP54. Its function is: waterproof and dustproof, meeting the requirements of long-term outdoor use of the combiner box. The IP54 protection grade system classifies electrical appliances according to their dust-proof and moisture-proof characteristics. The first number "5" indicates the level of protection against foreign objects, and the second number "4" indicates the degree of airtightness of the appliance against moisture and water intrusion. The larger the number, the higher the level of protection. 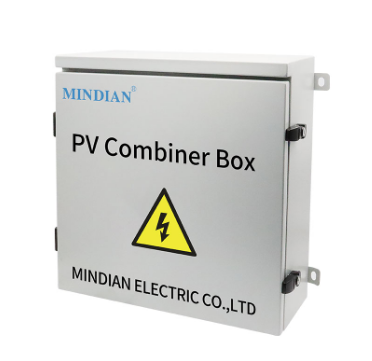 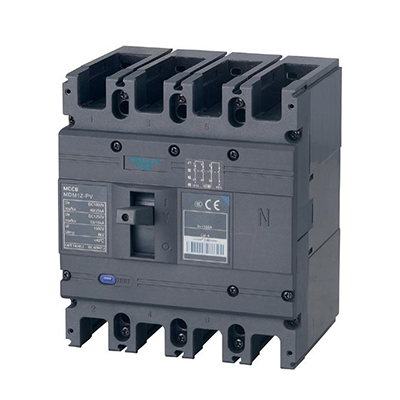 The DC circuit breaker is the output control device of the entire combiner box, which is mainly used for the opening and closing of the circuit. Its working voltage is as high as DC1000V. Since the power generated by the solar module is direct current, it is prone to arc when the circuit is opened, so its temperature should be paid attention to during the inspection in the high temperature environment in summer.

Surge is also called surge, which is an instantaneous overvoltage that exceeds normal operation. A surge protector is an electrical device that provides safety protection for the combiner box. When a spike current or transient overvoltage or lightning overvoltage is suddenly generated in the electrical circuit or communication circuit due to external interference, the surge protector can conduct and shunt in a very short time, thereby avoiding the surge to other equipment in the circuit Damage. 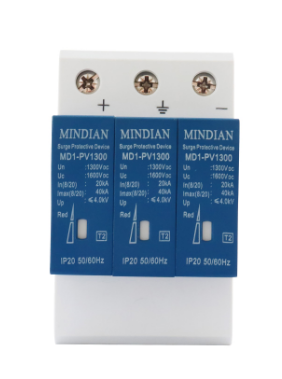 2. Various possible causes of the combinator box burned out

1 The combinator box itself is caused by its own reasons.

3) Aluminum busbars are used for the busbars, and the overall temperature of the operating box is too high. It is recommended to use TMY or TMR copper busbars; the quality of the protective coating of the outer shell is problematic.

4) The combiner box lacks an effective protection device. There is no communication unit and protection unit for monitoring the current of each branch in the combiner box. Once the virtual connection of a branch is loosened and ignited, the current of this circuit will fluctuate, which should give an alarm and drive the circuit breaker to trip; this combiner box does not have a circuit breaker. Even if an accident is discovered, it is difficult to disconnect it manually.

5) Insufficient creepage distance of the high-voltage electrical clearance at the input of the control board causes combustion;

6) Fuse quality problem: When the fuse passes the current carrying current, it bursts, or the fuse fuse is too large to protect it. The fit between the melt and the base (excessive contact resistance);

7) IP rating is not up to the requirements;

8) The insulation quality and withstand voltage of the terminal block are low.

1) The wiring between the photovoltaic string and the combiner box is not firm. Due to the excessive force of the construction personnel during the construction process, the fixed screw was screwed and the sliding wire was not replaced, or the screw was not tightened when the force was too small, the bad contact caused the current to arc during the operation, and the high temperature melted the fuse holder and caused a short circuit and burned. Drop the combiner box.

2) Short circuit caused by wrong wiring. When the photovoltaic string was connected to the combiner box, the construction personnel did not correctly distinguish the positive and negative poles of the battery string, and connected the positive pole of one of the battery strings with the negative poles of other battery strings, causing a short circuit. Even some construction workers mistakenly connected photovoltaic modules, causing some strings to have a voltage of 1500V or even more than 2500V, connected to the combiner box, and the phenomenon of component burnout occurred.

3) Caused by incoming terminal and wiring. The photovoltaic bus input line enters the combiner box from the bottom of the combiner box. It is directly connected to the terminal block without fixing measures. The wiring head is fixed by a small screw. The contact area with the terminal is small and bears the gravity of the wire. When the wiring head is affected by the temperature When the change and the current heat and loosen, it will produce sparks and gradually arc and burn, which will gradually cause other devices and even the entire box to heat up and burn completely.

4) Insufficient production technology of the outlet cable head of the combiner box, insufficient stripping of the steel armor, and too close to the wiring nose, resulting in a grounding short circuit; the component string connection plug heated due to poor contact, causing the cable to catch fire; The copper terminal screw of the combiner box outlet switch was loose Heat;

5) The site protection door is not installed.

3 Causes during operation and maintenance

1) Due to the long-term operation of the equipment, the power module has an internal failure, which causes an arc to be drawn and the combiner box is burned. 2) The waterproof terminal at the lower part of the combiner box does not fasten the photovoltaic string or the wiring of the combiner output tightly. Since photovoltaic modules only generate electricity during the day, the contact points will heat and expand during power generation. At night, the temperature will not decrease and the contact points will shrink. If the waterproof terminal does not fasten the cable tightly, the downward force may cause the line over time. The cable is loose, causing the arc to burn the terminal, or even short circuit.

3) Small animals such as rats and snakes enter the combiner box, causing the busbar to short-circuit.

5) A unit fails and a backflow occurs.

1 Overhaul content In order to grasp the operating status of photovoltaic module equipment, detect and eliminate equipment defects in time, prevent accidents, and ensure the completion of the power generation plan, the equipment inspection work should be done carefully.

1) The combiner box should be inspected at least once a month to find out in time, eliminate defects in time, and record in detail in the operation log.

2) Check the overall integrity of the combiner box without damage, deformation, or collapse.

3) Check that the overall combiner box is clean and free of debris, and the seal is in good condition.

4) Check whether the screws are loose or rusty.

7) Check whether the anti-reverse diode is burnt out.

8) Check that the circuit voltage and current are normal.

9) Check whether the surge protector is normal.

10) Check whether the line is normal for weathering.

11) Check that the wires connected to the combiner box are tightly wrapped and whether the insulation is aging.

12) Check whether the communication and background of the combiner box are interrupted.