A few days ago, Wood Mackenzie Power & Renewables, an authoritative research organization in the global energy and metal industry, released the "2020 Global Photovoltaic Tracking Market Share and Shipment Trend Report". The report shows that despite the outbreak of the new crown epidemic in 2020, the global shipments of photovoltaic tracking brackets still increased by 26% to 44GW. As of the end of 2020, the world's top ten tracking bracket suppliers have shipped 113GW. 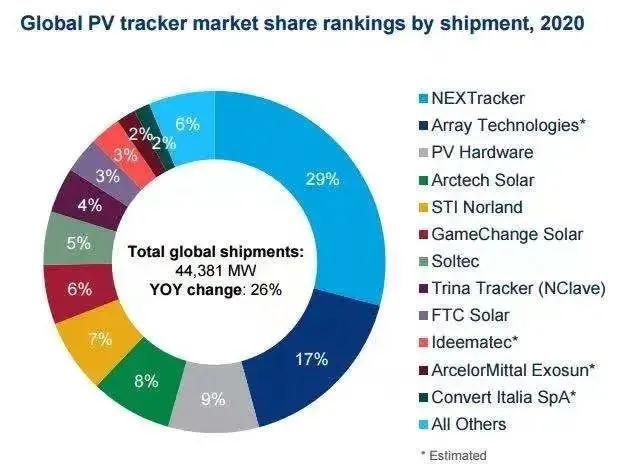 NEXTracker ranked first, with a market share of 29%; Array Technologies ranked second with a market share of 17%. PV Hardware ranked third. The Chinese company CITIC Bo is ranked fourth with 8% market share. This is also the fourth consecutive year that CITIC Bo has been ranked among the top 4 in the world. In 2020, CITIC Bo's tracking stents will gain a lot in the Asia-Pacific market, the Middle East market and the Latin American market.

The report shows that in terms of market segments, the U.S. market will still be the “paradise” of the tracking system in 2020, with a total shipment of 22.36GW; the Asia-Pacific region has performed well, becoming the second largest market in the world after the United States; Brazil and The Latin American market dominated by Chile ranks third. 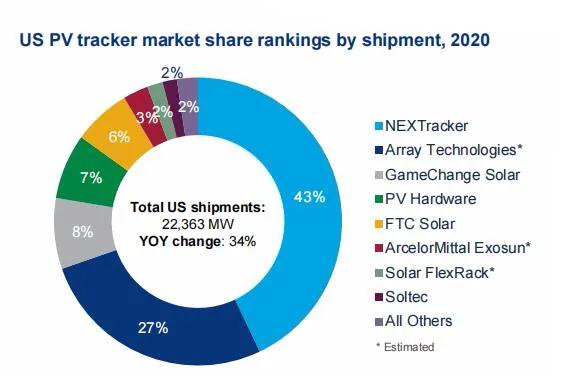 Ranking of PV tracking system shipments in the U.S. market 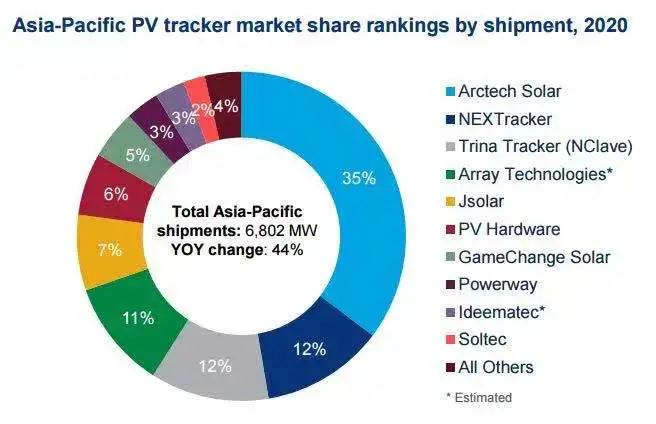 Ranking of PV Tracking System Shipments in the Asia-Pacific Market

Shipments in the Asia-Pacific region will reach 6.8GW in 2020. Among them, CITIC Bo has shipped 2.38GW, ranking first; Trina Tracker has shipped more than 816MW, ranking third. 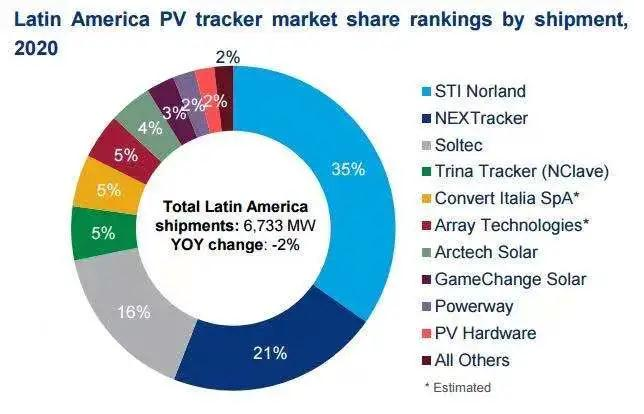 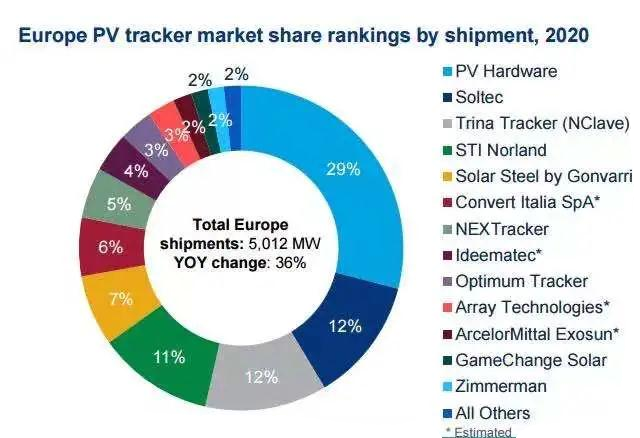 Ranking of PV Tracking System Shipments in the European Market

In 2020, the European market tracking stent shipments will reach 5GW. The market share of TRW tracking bracket and Soltec are both 12%, tied for second place. 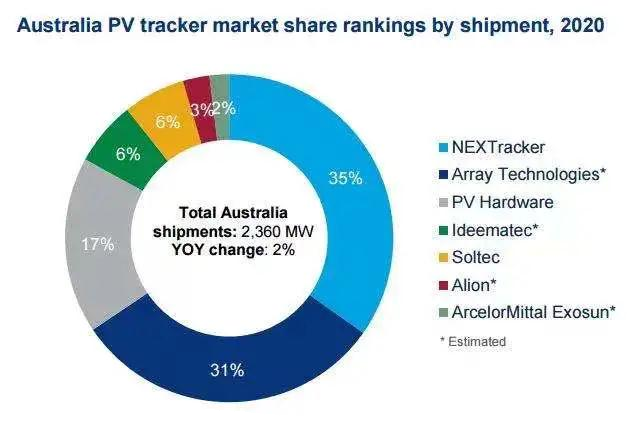 Ranking of PV tracking system shipments in the Australian market 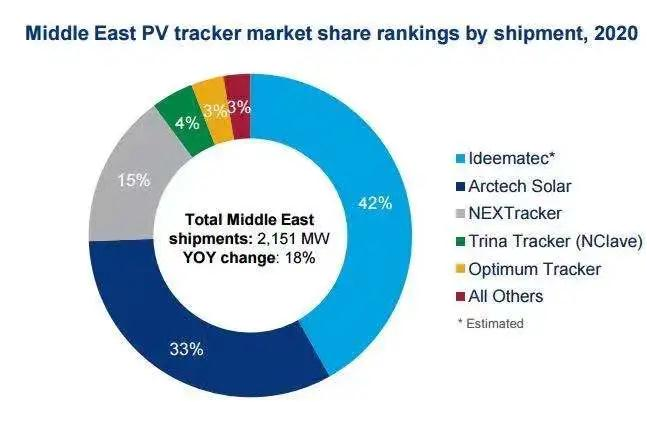 Ranking of PV tracking system shipments in the African market

Compared with 2019, due to the impact of the epidemic, the shipment of photovoltaic tracking brackets in the African market has dropped by 68%.